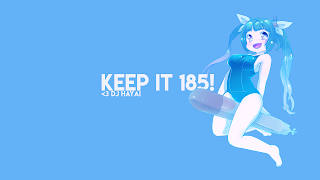 The super group DJ Hayai, are emerging into the electronic scene with an upbeat and dynamic sound. You might have known them as dj s0undc10ud, but for expanding into other countries, like Japan, it was time for a change in name. With music that is produced by two unique individuals, Lachlan and Lizzy, this Australian/American duo will still retain its hyper house and bro-step style and energy. Remixes like "NEO BETTER" a Vindata and Mija rework of "Better" and a remix of Melanie Martinez's "Soap," DJ Hayai explodes your inner rave soul with bubbling bass and shredding beats. Below check out the interview with DJ Hayai and explore the inspiration and story behind their rising music career! 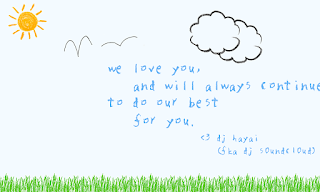 Question 1: What got you guys into making music?

It’s funny, Lizzy has been making music for the better half of her entire life, while I’ve always been the one writing about it. One day I asked her (Lizzy) to put together a simple nxc/breaks edit of ‘I Really Like You’ by Carly Rae Jepsen; after it was done we both thought it would be a bit of fun to create our own ‘nxc alias’ to push this all. Though we started off posting mostly nxc tracks, we didn’t get "serious” until we remixed our friend Bruno’s track ’neo tokyo’ which quickly gathered a bunch of plays. About a day after this, we received our second strike on the account and made the decision to remove all nxc edits and exclusively push remixes (with permission) and originals, whilst maintaining a dropbox for edits. Though it all started off initially as a joke amongst the two of us, it was really exciting to see the growth of the project. Now that we’re both about to move to Tokyo however, we both agreed that it’s time for a much needed name change. Being DJ s0undc10ud was fun, but it lacked any level of seriousness, as well as the ability to translate to Japanese humor. That’s why we both opted for the slightly more serious, slightly fun ‘DJ Hayai’ which translates to ‘fast’ in English.

Lachlan: Growing up in a rural Australian town, I pretty much had no choice but to stem my interests from various places on the internet. In my early teen years I spent a lot of my time listening to Japanese artists like DJ Shimamura and DJ Genki just to name a few. Following that in 2013 I was introduced to Tofubeats and Maltine Records where I now pull almost all inspiration from. There’s really something about the Japanese music scene that inspires me to create; whether that be music or written content.

Lizzy: I’ve got so much groove goin’ on inside of me, it’d be impossible not to get it out.

Question 3: How would you define your guys' style of music?

FAST. The whole idea of DJ s0undc10ud was to remove any level of seriousness from our content and make something raw, whilst remaining energy-packed. For us that was found through a 185-190 bpm range and some hard-hitting kicks.

Usually whenever we get working on a track, I’ll say to Lizzy “Hey, I have a really good idea in my head for this one song, can we work on it?” which she’ll agree to. After about 10 minutes there’s a realization that my "great idea” is vocal chops and lasers in cut-time. At that point though we’re pretty much stuck working on the track now that it’s open. She’s the brains behind production and the technical side of things, while I usually do all the mixes, design and social media presence. Of course, we both have input in every field (whether that be for better or worse).
Question 5: What is your favorite track you guys have produced so far?

Lachlan: For me, it was an early track we did called "Sweet Kanye" that was released a day or two after the release of The Life of Pablo. It’s a little more difficult to get your hands on because it was our first take down and strike on SoundCloud.

Lizzy: Definitely the remix we did of Melanie Martinez’ ‘Soap’. It was a whole learning process for me when producing it, which made it all the more fun.

Question 6: How far do you guys plan to take your music? Who would you like to work with in the future?

I know for Lizzy it’s been a lifelong dream of hers to make music into a career, and whilst DJ Hayai is just a fun branch away from her main project Kiraku, I personally hope to see her continue to take it as far as possible. We’ve been playing Earthbound together lately, and we thought it would be fun to do a track with Carpainter and In the blue shirt surrounding that one part of the game where you encounter all the blue-crazed cultists — though that was just a joke between the two of us.