Showing posts from February, 2016
Show all

February 28, 2016
ONE WEEK FULL OF NEW BANGERS Its funny how one week can deliver so much new music to the world. Some of my favorite artists just dropped some new tunes to tickle your ears. From rock to electronic, here are some of the new "Just Dropped" tracks AND albums from this past week! 1. Kidswaste - "Terrible Love" (Re-edition) 2. K1K0 - "M.Y.B" 3. ZHU - "In the Morning" 4. Tory Lanez x Shlohmo - "Say It" ($JAYY and Vices Remix) 5. Porter Robinson - "Sad Machine" (Cosmo's Midnight Remix) 6. The 1975 - Album:  I like it when you sleep, for you are so beautiful yet so unaware of it  7. Hands Like Houses - Album: Dissonants 8. DMA's - Album: Hills End 9. Young Lean - Album: Warlord
Post a Comment
Read more 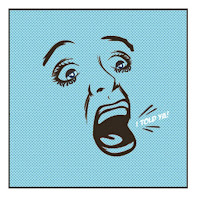 PRODUCER/DJ: AViDD When I first heard Avidd's music, one thing that stood out to me was the diversity he has with his music style. He is an oddity with many tricks up his musical sleeve. With only the six tracks he has out on Soundcloud, Avidd is capable of producing both a soulful groove as well as a tight and hyper sound! He can envelope all types of sounds and beats to create a track that blows your mind, such as  "Scrub"  and his recent release,  "I Told Ya."  From getting recognition from music blogs, like Nest HQ, to playing shows with artists like Fan Fiction and Seimei, it's easy to see that Avidd is a gem in the electronic music scene. To get a sense of who Avidd is and what direction he is heading towards, check out the interview I did with him below!    -  XZX Keep up with AViDD on: Souncloud:  avidd Twitter:  @avidd Website:  http://www.avidd.money/ Question 1: What got you into making music?   I took piano lessons at an early
Post a Comment
Read more

VIDEOS FROM THE WORLD WIDE WEB It has been a while since I posted a list of my favorite videos/films here on Melting Of Age. As of recent, I've discovered and also rediscovered some new videos and content creators over the internet. Below are a few of my favorite people who put up content I thoroughly enjoy! -XZX Top 5 Videos/Films (For the Week): 1. Stööki Sound - "Life's A Mosh Pit" Must Be Heard (Interview)  I love Stööki Sound and FUXWITHIT music blog, so when I saw on twitter that FUXWITHIT interviewed the duo, it was a must watch for me. I love how they filmed this interview!  FUXWITHIT BLOG INTERVIEW 2. Damon and Jo (Youtube Vloggers) Not only will they show you where they travel to, but they also educate you on the places they explore and dash out tips they collect over their travels. They can speak multiple languages, which I am very envious of, and make Youtube videos for people who speak and maybe only speak, lets say Portuguese,
Post a Comment
Read more 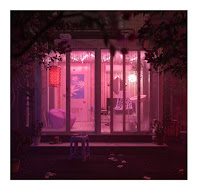 ARROWS TO THE HEART Who can target arrows to your heart yet you still manage to survive? Well a musical arrow that is. He’ll shoot you for a good reason and that’s to make you fall for his undeniable hyper speed music. GRRL released a special EP last week that makes you shiver with sounds of speed and mystery.   Arrows   keeps you on your toes and has you craving anticipation for what each song holds. GRRL produced an EP that I find supremely different and unique. Having some sort of electronic Asian persuasion and rapid action, it almost sounds as if GRRL was directing his own super action ninja movie! Consisting of four well correlated tracks, the EP carries a signature sound that takes you on a journey through GRRL's mind. This North Carolinian plays with sounds such as a ticking clock, which almost makes you sweat from this anxiety you feel in each fast pace track, but in a good way. To feel a sudden rush of musical energy check out GRRL's EP down below!  -XZX Ma
Post a Comment
Read more

3 DISTINCT INTERPRETATIONS  Lately I've been listening to Khai's EP,  If You ,  which was released a few months back. But when three of my favorite artists made their own version of the track, "Do You Go Up," you could say I played the "same" song on an infinite loop... but that's not the case here. With remixes by Madnap, Josh Jacobson, and Kidswaste, the song has been transformed into three distinctive moods, all in which are included into one Remix EP. Each putting their own twist to Khai's beautifully composed song, Madnap, Josh Jacobson, and Kidswaste deliver each remix of theirs to embody both Khai's signature style and as well as their own.  Madnap creates and adds a livelier and a moreuplifting sound to his version of Khai's song. He strings together energetic beats and brilliantly plays with Khai's vocals, which makes the song an entirely different version of itself. Josh Jacobson produces his version, to what can make a spir
Post a Comment
Read more

PHOTOGRAPHER: ARTHUR K.(@AARTHURK) From Southern California, this photographer has a great advantage to being in a place where both the beach side and city life, are easily accessible for the usage of inspiration derived by the atmospheres that he surrounds himself with. To say the least, Arthur K.’s photography undeniably shows how moved he can be by what he sees though his lens. Capturing the subject and their surroundings, Arthur can present in one picture that it’s not just about his perspective of the subject, but also about the subject’s unique quality and character. It doesn’t stop there, not only can he photograph impeccably well, but the editorial of each photo places another huge role in all his pictures. He is able to edit a photo to obtain a mood that correlates with the shot itself. He experiments with his settings, light, object/person of interest, as well as manipulation with the general visual outlook of the photo. With each photo he takes and edit he produces,
Post a Comment
Read more
More posts