Showing posts from October, 2015
Show all

ENTREPRENEUR: DAVID BARRAZA ( OWNER OF EVERLUXE CO.) Representing youth through his clothing lines, David Barraza aspires to correlate his business around the world of today's generation. Barraza has evolved his business into becoming as personal as can be by shelling out designs he finds interesting and daring. Dark and humorous, Everluxe Clothing incorporates the elements of what I like to call the "Sad" Culture. It’s being sad without the sadness. I find it quite intriguing if you ask me. What I find even more engaging is the fact that this seventeen year old is building a small business from such a young age. Catering to today's youth, David Barraza is making the most out of his company with whatever network and tools he can obtain. Check out this interview I did with him to find out more about him and Everluxe Co. Shop EVERLUXE CO. here! Follow David on: Instagram: @davidxunordinary Everluxe Co. Instagram: @everluxeco Question 1:  Wh
Post a Comment
Read more 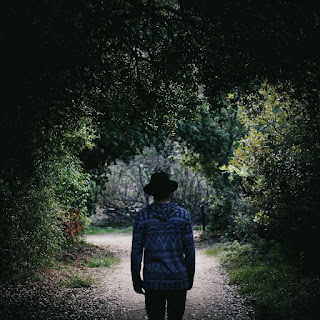 ARTIST/PRODUCER: LANZ When I first heard Lanz's music, it was in the car, with my best friend driving and my sister in the backseat. My sister decided to Bluetooth some new music she said her friend had been producing. I was excited to hear what she had in store for us and as soon as the first beat drop, I could feel the ambiance in the car change. I heard artistry, youth, originality, and most of all potential. Even though it was a rough edit my sister had streamed, it was still amazing to hear. Lanz produces what I would resemble most likely to as chill-hop. With an album arriving in the upcoming months, you could say I am more than ecstatic for its debut. Below check out my recent interview with Lanz, as well as his SoundCloud for a taste of what his upcoming album will deliver. >  Lanz's Soundcloud Follow Lanz on: Instagram: @Lanzxcv Twitter:  @Swigglezz Question 1: What got you into making music?  Well I grew up in a musical family. My mom
Post a Comment
Read more

FIRE FOR THE SOUL For the Top 10 Tracks (for this week) #8, it consists of artists I uphold as some for the best musicians and producers of music to date. Let's just keep it short and say this is my soul's fire tracks thus far.  Also, soundcloud playlist settling at the bottom of this post for tracks found on there.  -XZX Top 10 Tracks (for this week): 1. "Testarossa Music"- Zhu feat. Gallant 2. "Say That"- Toro y Moi 3. "Fire"- S-Type feat. Yung Gud 4. "The Moment"- Tame Impala 5. "Gemini"- What So Not 6. "Weight in Gold"- Gallant (Vices Remix) 7. "I Know There's Gonna Be (Good Times)" - Jamie xx feat. Yung Thug, Popcaan  8. "Jaded"- Disclosure  This live version is just as amazing as the studio version! 9. "The Buzz"- Hermitude feat. Mataya, Young Tapz 10. "Shine"- Years and Years  SOUNDCLOUD: XZXsound
Post a Comment
Read more 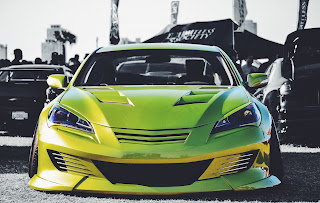 PHOTOGRAPHER: DAMON MALICK For my second Point of View Interview I chose to pick someone who is passionate, not only about taking photos, but also, about the subjects themselves. Damon Malick has an eye for what a camera should shoot and carelessly tunnels his personality in each of his photos. This aspiring photographer has great potential into making his love for photography into a successful career. With incredible eye-catching images, Damon has a knack for choosing the right moment to capture anything that catches his eye. Check out his Point of View Interview! Follow Damon on: Instagram: @damon.malick Twitter:  @damonmalick Question 1: What got you into photography?  I got into photography pretty much by accident. I took a sunset photo that turned out really well. And from there everything got better and I ended up loving it!  Question 2: What people intrigue you or inspire you to pursue photography? (Can be in any field i.e music, any authors or
Post a Comment
Read more 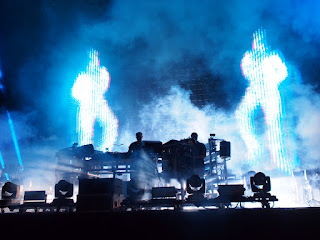 TOP TRACKS: THE CHEMICAL BROTHERS     In no particular order I have chosen my favorite Chem Bros. tracks. At a recent summer music festival, called HARD Summer Music Festival, I got the once in a lifetime chance to see these two geniuses rip up the stage and most importantly the speakers into an optical sound illusion. From reflective satellites to gigantic robots, the Chemical Brothers put on the best set I have ever seen in my entire life. Now, I have seen many DJ sets and artists performances, but nothing compares to what I saw on August 1 at 9:30 pm. This hour and a half set had my mind boggling and feet moving to what I can only describe as mystic and futuristic-retro sights and sounds. I don't even know if futuristic-retro is even a thing but if it is, it's obviously defined by whatever the Chemical Brothers do on a stage. So, here are what I choose to be my top Chemical Brothers tracks. Some epitomize the basics of The Chemical Brothers while some of the other
Post a Comment
Read more
More posts