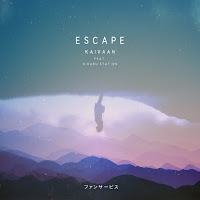 From New York, Kaivaan, artist of Fanserivce Collective, released a dance-pop track with Hikaru Station titled, “Escape,” that locks in your attention. This future breakbeat original was released via Fanservice, as a part of their Volume 3 compilation. Not only does this song ooze undeniable joy and exhilaration with encouraging lyrics but the lovely and moving vocals of Hikaru just make the track all the better! With a song like this, Kaivaan is an artist you can count on for music that will make your heart race with positive energy. Below, check out the Artist Q&A with Kaivaan all about the inspiration and creation of “Escape.” Enjoy!

What brought you and Hikaru Station together to collaborate on "Escape"?

Hikaru is a special friend hailing from the Youtaite community, we're actually in the same collectives on Soundcloud so when were not busy trying to out-troll each other we're trying to work on cool stuff. What gravitated me to her for this song is how she packs lot of energy and soul into her voice, which really complemented uplifting vibe I wanted the song to bring about so I felt she could really make this song come alive. She's really pulled it off and done a marvelous job! I love that Harambe Priestess.

What was the inspiration behind the song?

Escape is actually a reboot of a song I made featuring my good friend Rose; but that was like 3 years ago, so I decided to reboot Escape in a manner that represented the "me" now. Good way for me to look at how far I've come as an artist.
Hikaru and I also made a back story about “Escape” which is about a girl named Sorano ("of the Sky") who is trapped in the clutches of the ocean abyss longing to be free in the skies again. You can see the character in the alternative song art. 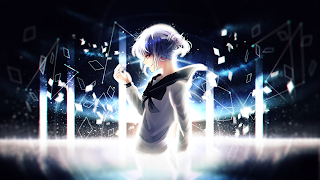 How about lyric wise?

Escape holds a lot of meaning to me. Years ago I had some type of crisis in my life of feeling trapped about where I lived and who I was so then I wrote Escape as a reflection of what I thought and imagined. You can probably get a glimpse of an idea of how I was as a teenager so it's a super personal song. Most of the lyrics I wrote myself with some touch-ups by Rose, and Hikaru gave her own polishing to the lyrics in the new version.

What do you hope will people feel when they listen to "Escape"?

I'd hope people could resonate with how I felt while I wrote the lyrics and arranged the song. Likewise with most of my other songs, I'd hope people feel uplifted and energized too! With Escape, it's got drive so I'd hope people get the need to do something, get motivated and inspired. That's a main walk away in the Kaivaan theme: It's all about empowering people to pursue their dreams and learn the world and yourself as you grow wise on the journey. Hope I could get that to all y'all.