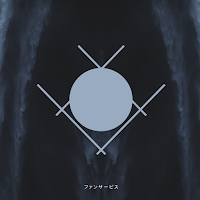 I think we can all say one word with this new Fanservice compilation that just dropped, and that is "FINALLY"! With much anticipation, Volume 2 brings us 22 tracks, including a mystical intro that sets the mood for your journey into Fanservice's compiled list of unique artists. About a month ago, Fanservice teased us with a few premiers by DNZ, his track "Wanderlust," and Kaivaan's "Escape" featuring Hikaru Station. With a drum and bass track by Cubed3 titled, "Spiral" and smooth Asian inspired tracks like Cold Youth's "Thrown Away," the compilation steps closer to define what Fanservice is as a whole collective. Then you have songs with amazing vocals like "When I'm Gone" by Koi featuring Juunana, a fresh almost trap based track and Ghost Data's upbeat "Celestial Bodies" featuring Jovani Occomy's gliding voice. The compilation also hosts tracks by Metsä, Maxwell, Raiku, and many more!  Overall, Fanservice delivered a strong and emotional driven compilation that brings a variety of producers to join together and create an album that is able to set itself apart from any other collective.
Below you can take a listen to Fanservice's Volume 2 and purchase via Bandcamp here!

ALSO! Fanservice will be hosting an LA show on Friday, August 26th! RSVP here and buy your tickets here!