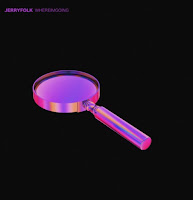 Jerry Folk delivers yet another musical gem but this time also announces the plans to include his recent releases in a series titled, Kids Tape. So far, Jerry Folk keeps surprising us with each track he drops for the string of songs he's compiling together. "Where I'm Going" includes a jazzy trumpet, groovy bass guitar and keyboard instrumentals, plus he reveals his own tranquil voice that just somehow makes this track eclectic from the others. With words of curiosity and feelings of being cast into unknown emotional territory, the Norwegian producer experiments both lyrically and instrumentally.  Below you can take a listen to Jerry Folk's "Where I'm Going"!

Also, make sure to catch him on his North America tour!
Link here!