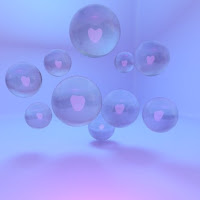 It’s cute. It’s bubbly. It’s everything you would want in a quick sweet track from underd0g and PPR Panda. With the original song of "Bubblegum" by Donatachi having a soft pop sound, these two producers turned it into a completely different beat. Released via Pedicure Records, their remix shows how jersey club and nightcore styles can fuse into one unique track. Compact with twinkling melodies and vocals, underd0g and PPR Panda brought something quite different for your ears to enjoy!
Down below I asked them both a few questions about their fizzy collaboration in the hopes for you to get a sense of what went on behind the track.

Also, you can take a listen to underd0g and PPR Panda's remix of "Bubblegum" below!

Why did you both decide on collaborating together?

underd0g: I have always loved Jersey Club and once Panda and I got to talking it just seemed natural - we definitely had a shared vision for a sound we were looking to achieve with our first collaboration and it was so easy and fluid when we started working together that we just kind of thought "let's do another one."

underd0g: Plus he's better than I am.

PPR Panda: I just felt like he brought the perfect musical view on every track he did. I love collabing with someone that knows their music. With underd0g we just clicked immediately. And I'm honored to be great friends with the dog.

Why did you guys choose to remix Donatachi's "Bubblegum"?

PPR Panda: Who doesn't love cute music like the one Donatachi makes? Lol

under0dg: So true, so true - he is crazy talented and it was a total privilege to be able to remix it.
As someone who comes from the nXc scene, it's pretty normal for me to take anything that I like and immediately speed it up to see what it sounds like faster, and when I did that to this song it sounded crazy... so I immediately reached out to Donatachi and asked him if we could do it. Luckily for us he said yes!

Any influences/inspirations you guys had when creating this remix?

under0dg: I think what we do really well is take your jersey and my nXc background and make something together that sounds pretty unique.

PPR Panda: We just wanted to blend jersey with nightcore! But in every song I've made, Mario Kart plays a big influence. Playing Double Dash with my homies Aly and Renata, made me want to do this collab with underd0g more and more.

PPR Panda: Omg it's basically like listening to wave racer.

What do you want listeners to feel when they listen to this remix compared to the softer original version?

under0dg: I know a lot of people frown on nightcore for pitching up vocals (amongst other things) but when we did it to Rosebud Leach's vocals I think it made them even more ethereal and wispy. Once those break beats and cuts come in though, it's awfully hard to say anything other than "we just wanted to make a fun song to dance to". Shout outs to my boy Strider Kun for giving the best description of listening to it: "It makes me feel like I’m on a lil' island of jujubes and they're all singing to me."

PPR Panda: It makes you want to do the swing with going to the candy store and getting a pack of Hi-Chew shout out to Strider Kun!