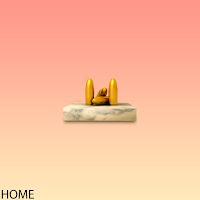 Hell yes! We love discovering new music that is pushing new concepts and that is perfectly club ready. Los Angles producer, Slow Graffiti, just dropped an awaited EP titled, Angles, via Home Recs. Slow Graffiti fires us power stomping beats with 3 tracks, which includes a feature from the one and only TT The Artist, and 2 remixes. Tracks like "Bells" show us a slow downed sound wrapped in a rich piano ballad and hammering bass. Then you have "Busting," the first track on Angles that features TT The Artist. Jumping vocal samples and pounding rings and chimes, "Busting" resembles Slow Graffiti's capability to give character and spark with every vocalist he collabs with. The completion of the EP ends with "Do it," a gun clicking and high-pitched energetic jam that splits into an unexpected aura. With remixes by Vices and Hectic, we are gifted with tunes that give exceptional takes on Slow Graffiti's latest creations. Below check out this special Q&A with Slow Graffiti and see what he has to say about his newest project Angles!

What was the inspiration behind Angles?

Angles is about taking more risks. I was putting a lot of unnecessary stress and anxiety on myself this past year. Eventually, I just got fed up and said "fuck it," just make what feels right. I started putting the focus on making myself happy first as an artist then worry about everything else second: adjusting focus to become, the best version of my yourself, and learn to be happy again.

How did your collab with TT the Artist come about?

My good friend and producer DJ Homewrecker worked on a song titled “Ice Cream” last year with TT. Then in July, he came out to Los Angeles to play alongside TT at a Red Bull Event. I loved her work for such a long time, and after working with “Cakes Da Killa” back in October, I wanted to work with another vocalist. Once the track was completed, I held on to the track for a while and always felt that vocals would take the track to a higher level. So a couple of weeks later, I reached out to TT, and a month later we finished “Busting.”

Compared to past projects, how would you describe this EP?

I would describe Angles as a very collaborative project. I worked with TT, Vices, Hectic, and Kiki on the EP. Once the pieces started to come together, everything felt right and felt organic. I found myself loving the idea of working with multiple artists on Angles creating something unique and learning so much in the process. Much love to Kiki for bringing the vision together and creating such amazing artwork.

Do you have a favorite track on the EP or one that stands out to you the most?

I really love the remixes. Vices and Hectic did an amazing job on reworking "Busting" and "Do it." But the track that held a special place for me was "Bells." “Bells” previously had two different versions and moved towards the final one that ended on the EP. The song was written in response to KT losing someone really close to her, and the pain that she faced was manifested into this song. I spent all night coming up with the main ideas and came up with the structure in a couple of hours. I got the bulk of the song finished that night. I broke up the song into two different projects and then and came up with the final version a month later. I really love that song!