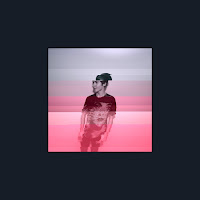 Released yesterday on SoundCloud, Luke Hall took a leap of faith in launching a new project that uses his talents in both producing and vocalizing music. The album titled, Piece of Mind, holds emotion and journey that this East Coast artist has been enduring and floating in. Tracks like "In My Heart" and "From The Ashes," he uses illuminating drums and piano synths creating only but an uplifting sound. Piece of Mind beams with a positive message and pursues to inspire others with his story-telling design. Below check out the Q&A with Luke Hall all about his new album! Enjoy!

What was the inspiration behind the album?

This album is a message that will hopefully flip around people's values that are stuck in today's music loop -- especially in the electronic scene. Electronic music is all I know professionally, and I've been doing it for about seven years now. I've been a part of the online community and East Coast local scene, so I've gotten a wide scope of what's going on. Let me tell you. I do not approve of what's happening. SoundCloud & Spotify have created pay-to-win platforms that have turned the artistic form of music into a start-up style business model. Insane corruption is going on, and I'm tired of playing a part of that game. This album is my journey into limbo, I can't really define a genre for myself, and I don't feel I need to. I didn't make this album to dance to, I didn't make it to get "plays" or "reposts," and I sure as hell didn't make it for a Native American headdress-wearing Coachella girl. Everything was created by me, and everything is released by myself and a few business partners. In conclusion, maybe this quote by Porter Robinson can help explain where I'm coming from: "There is nothing exciting going on in electronic music right now, and lately that's what's been motivating me the most."

For this project, what motivated you to start singing and create the lyrics?

It's weird that things like this happen, but honestly, the initial spark was a local musician named TieDye Ky. He wrote this really dope album called "Disposables," and it really inspired me to work harder. I never considered myself a vocalist, but I started training my voice and finally got the confidence to try vocals on my tracks. It sounds pretty decent, and I'd rather have my own vocals on there than someone else's. I've always like writing & poetry, so the lyrics just came naturally during times of inspiration.

Do you have a favorite track you enjoyed creating the most?

The most outlandish track off the LP is definitely "Deep Inside". I wrote it halfway through the creation process and it just totally changed the way the album was going. It features live guitar, piano, and vocals. That track, in particular, takes inspiration from a song called "Human Sadness" by Julian Casablancas + The Voidz. I just wanted it to sound so visceral and raw. The vocals aren't even edited. I wanted the listener to hear every breath and adjustment as if they were in the closet I recorded the vocals in with me.

When listening to Piece of Mind, what do you want listeners to take away from you as an artist?

In all honesty, I don't put much value on what others think of me, but if I can inspire even one person to think differently, then that's enough. Music has got to change. People can't just keep accepting low-skilled and low-risk artists. Art needs to make its way back to the scene, and creativity should prevail over conformity. I'm not expecting massive success from this, but let this be a relic of a time when boring music affected a kid named Luke Hall so much that he completely changed everything about himself. He sat down for eight months without releasing anything, learned multiple instruments, learned how to sing, and wrote essays worth of lyrics to prove a point. Anyone can do this, and they just have to try. If more artists try, then everything has succeeded in my eyes.