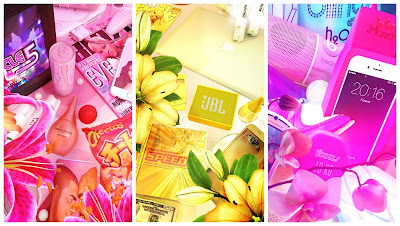 Terrell Davis is one of the rare artists that can wow anybody's eye. From East Orange, New Jersey, Davis is creating art that bends the mind and pushes boundaries. His work has been recognized by some of the most prestigious magazines and blogs to date. From impeccable graphic design to notable branding, Terrell incorporates vibrant neon colors along with tasteful tribute to the 90s era in each of his pieces. It's loud yet soft, blunt yet mysterious. Each object and brand he uses is not out of random instinct but from choice and reason. He tells a scenario or story in the work he produces. It's only a matter of time until he becomes an iconic figure within the art industry. Below, I had the pleasure of asking Terrell a few prime questions in regards to his work and inspiration. Enjoy!


Question 1: What got you into making graphic design/art?

I’ve always been interested in branding and how the design from simple bottles of laundry detergent to big advertising campaigns in Times Square worked. I was always known as the creative one in my class and I was into painting and drawing as a kid, but when I was in 3rd grade I secretly had a Myspace (one of my older sisters had made me one behind my mom’s back) and got real into HTML and making Myspace graphics & layouts. I guess that started the spark of interest in digital art, but I was never really completely serious about it until a couple of years ago. I also had no idea I’d end up doing 3D art either, that sort of just “happened” I guess, because I wanted to be a graphic designer, but now I can say I do both!

Question 2: What people intrigue or inspire you to pursue visual art? How about when it comes to making music videos? (Can be in any field i.e. music, writing, film, etc.)

I have a lot of inspirations! I can actually go on all day about the things that inspire me, as I take inspiration not from only people but also environments, objects, the world around me. Some of the people that have been really inspiring me at the moment are Andrea Giacobbe, David LaChapelle, Pierre et Gilles, Simon Whybray, Kytten Janae, Paul Nicholson, David Rudnick, Daniel Swan, Björk, Ian Anderson, GraphersRock, D.V. Caputo, Rafia S…I’m serious when I say I can go on and on.

Question 3: How would you define your style of graphic artwork?

I would definitely describe it kind of like a fantasy of mine. Usually when people ask this question they’re like, “Are all the objects in these works yours?” and I always say that my work is more of what I wish I had rather than what I already own. It’s stuff I’ve wanted as a kid, stuff I want now, stuff I want in the future. My work is very autobiographical, at least the work I’ve made for myself now. The work I did in say…2014 wasn’t as personal to me in hindsight, but rather it was work adhering to trends and aesthetics popular at the time, but I don’t really follow trends anymore. I like what I like, and if I like it I’ll probably incorporate it into my work.

My work also speaks to me regarding me being black, gay, and nonbinary. It’s basically the gushy optimistic fantasy I’ve always felt inside me, and now I’ve found the best way to share it with the world.

Question 4: What do you hope someone will gain out of seeing the art you create?

I would say something deep like “changing their life” or something but honestly I don’t really know the answer to questions like these. I’ve been told before that my work has been dissected in college classes and how all the stuff in my work means this and that, but I don’t think much about explanations or anything because I like open interpretation and letting the work speak for itself. I’d say as long as one finds my work aesthetically pleasing then my job is done. If they want to buy it that’s a bonus.

Question 5: What is your favorite piece you have created so far?

I always refer to these 2 pieces whenever I talk about the favorite work of mine. I really like these mainly for the colors and vibes they give out. Also I can tell I came from a real creative, clear space when I made these rather than me hating some of the work I’ve made because I had to force myself to make something. 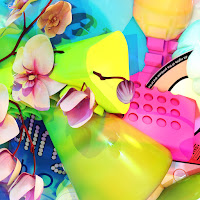 Question 6: How far do you plan on taking your art? Any future plans or goals you want to achieve?

Obviously I want to take my art as far as the eye can see. I want to be and can see me being an artist that’s style is deemed very iconic, like up there with Andy Warhol and Keith Haring and Jean-Michel Basquiat, like that level. I’m really trying to infiltrate these big museums like MoMA, the New Museum, or The Met, to get my work shown. What would also be cool would be to be big enough to have my own museum named after me after I die, like The Andy Warhol Museum for example. I basically want to be an icon, a legend, and I’ve already shown I can do it and am willing to get there.