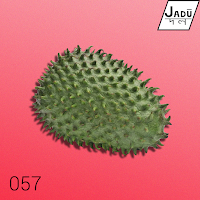 Released via  Jadū Dala, Aussie producer headstone and Philly/Orlando duo Vices, crank out a heart beating collab titled, "No Standing"! Eerie as the intro, the track's entirety is immersed in bellowing bass and daunting horns. The clashing drum work and arousing chopped vocals build for a bouldering track that is nothing but expected from these two powerful sides! This fruitful piece bleeds elements of trap and classic club beats that are more than ready to be incorporated in your daily dose of songs that wreck the speakers.