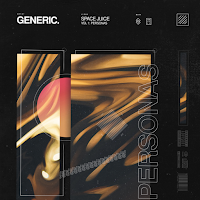 Hip-hop/rap collective, Generic, has been catching the ears and eyes of many lately. With a growing response both on SoundCloud and Twitter, the 6 membered crew, continuously grows with each unique release. Produced by Petti, Space Juice Vol.1: Personas drops as their debut album, both composed of past heaters alongside new and awaited ones! With the cohesive stirring flow and inky fluid production, Space Juice reps each member of Generic's originality, identity, and ability. Below share and enjoy a listen to Generic's Space Juice Vol.1: Persona's!