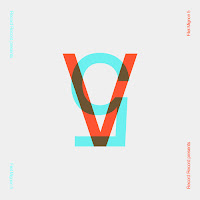 A peculiar production recently rested in SoundCloud's domain, and it flashes with an unexpected collaboration from two outstanding artists. Released on Record Record's Filet Mignon 5, Virginia producer DZZ and Argentinian producer Halpe deliver an obscure track titled, "Ghost's Lullaby." With playful uses of stretched fizzy synths, heavy spurts of bass, and miscellaneous drum work, the collab extenuates depth and spontaneous production in only a matter of two minutes. The slight use of melodic breathy vocals, the collab finishes in an airy abrupt halt leaving us with a paranormal dedication that directs your focus on what two talented forces can achieve. Below share and listen to DZZ and Halpe's "Ghost Lullaby"!