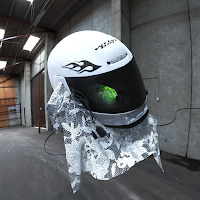 Seattle producer, wristboi, drops two buzzing tracks via Australian label SIDECHAINS, that sparkle amongst many. A collaboration with vocalist moistbreezy for "Prayer of Confusion," wristboi manipulates and robotically sweetens the vocals against glittery instrumentals and muffling bass. In "Spells", this B side track captures a mysterious flow and encases sounds of rippling echoes combined with striding drums and claps. The simplistic but also eclectic design and style this young artist carries is one to keep an eye on for future stimulating creations! Below share and listen to wristboi's "Prayer of Confusion" and "Spells"!