"SHELTER'D" (A SALUTE TO PORTER ROBINSON) 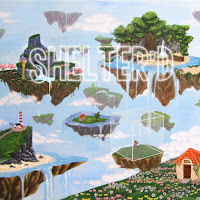 Omniboi delivered to us a precious gem that incorporates all of our favorite things about him as an artist. This devoted track compiles melodies of various Porter track's as well as his own giving us the perfect tribute to the Worlds creator. With characteristics of a large marching band to jazzy instrumentals, Omniboi has a talent in making music that touches the emotions of others in the brightest way. And with his signature piano melody merging within the song, I wouldn't blame you for shedding even the lightest tear.

LOKI - "LOVIN’ U" FEAT. AVEDO (JACK LABOZ REMIX) Written by: roshux Jack Laboz is bringing us heat this week with a killer remix of “Lovin’ U,” by LOKI  featuring AVEDO , that showcases how powerful stepping out of your comfort zone as a producer can be. There’s a total of three live instruments being played on top of the production of the track, all by different people. The use of real instruments on this really makes for something special; every detail you hear helps create a specific atmospheric sound that gives this remix a completely new vibe from the original. It’s a super fun track that shares real instrumental texture with electronic sounds, and you should definitely give it a listen! Below share and listen to Jack Laboz's remix of "Lovin' U"! "I took the time, sat down and thought about my musicianship. How can it be improved? What would be a good starting point that would take my productions to new grounds? Actively trying to do ev
Read more