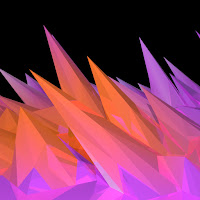 Formerly known as Wild Calling, the Detroit-based producer, Ashiro, comes back again with a heavy hitter titled, "Paradise Lost." A track with a dreamy intro leading into vigorous musical momentum is not just a song but a journey. With soft piano ballads and destructive synths and bass, Ashiro experiments with the styles of dubstep and electro to enhance the range of music he has in store. Being the third strong release under his new moniker, Ashiro is one to keep an eye on.