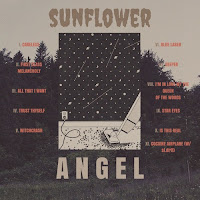 SUNFLOWER, formerly known as PRISM LITE, is back with a luscious and lucid album titled ANGEL. From down under, this Sydney producer captivates the essence of the balance between minimal and dynamic production. The crisp vocal samples mixed with jazzy hip-hop flavors release energy that is undeniably addictive. The album beings with "Careless," a groovy upbeat tempo that reveals the senses of what can be caught on the streets of New York. Throughout the album you can hear the soft guitar and whispering flute instrumentals on top of head bobbing drum patterns. SUNFLOWER's newest creation obtains silky tunes such as "Witchcrash" and "First Class Melody." ANGEL is an album for those seasons of lying under the city park's trees, waiting for the leaves to change into a thousand shades of gold and orange. Below share and listen to SUNFLOWER's album, ANGEL!