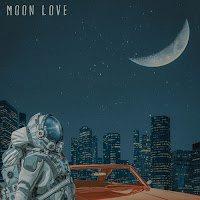 There's nothing like hearing a club heater actually demolish your senses on a platform filled with, what sometimes can be, monotonicity. Its a resurrection of drums and gnarly bass being folded in and out of your ears. Club producer, Ramen Boy, takes us on a trip with his remix of Boombox Cartel's "Moon Love" featuring Nessly. With hints of jersey club, his remix bumps into a sphere of trap beats and heavy bass. The collecting trombone and the wailing of sirens evolve into a heated build only but collapse into a rolling roar of slaps and unexpected fills. Get a listen to Ramen Boy's remix below and make sure to give it a share!