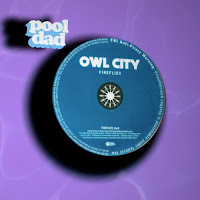 As you and your mom know, currently Owl City's greatest hit has been swarming the internet due to everyone's craze with its catchy chorus and melodic chords. Yesterday Canadian producer, pooldad, dropped his take on this 2009 pop classic and turned it into a lush forest of gleaming synths and pulses. With a Porter Robinson feel, pooldad distorts vocals and adds knocking drums making his version on "Fireflies" charismatically upbeat and playful. Concluding with a soft piano ballad, the remix has us begging for more pooldad releases!

"I was reminded that this song existed after it made the rounds as a joke recently on Twitter, and I wanted to use it as an excuse to put out some new music!
Without these people, I wouldn't have been able to finish this: @sleepycatt @roshux @xzebrinax"
-pooldad


Below share and listen to his remix of Owl City's "Fireflies"!