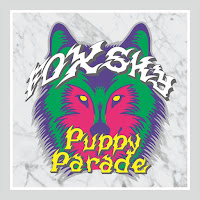 ABSRDST sure surprised us with his new remix of Foxsky's hyper rave "Puppy Parade." Via Trekkie Trax, barking bass and your old school "Who let the dogs out" phrase hitting the scene, who knew dogs could musically make us throw our unforgiving trap arms in the air. ABSRDST gave us a beautifully constructed version of "Puppy Parade" who's intro starts in a caress of vocals which then leads into a snapping dubstep bass drop and bubbly synths.

Below check out ABSRDST's remix of "Puppy Parade"!