Odesza knows how to deliver a show. One hell of a show put it that way. The first time I heard Odesza's music, it was hard for me to describe it. There were symphonies of tropical echoes and airy twinkle sounds that make your brain buzz with joy. Just like their music, their show was indescribable at the Shrine in Los Angeles. All you can do is be there and watch the magic they put on stage. Selling out all three dates, Odesza had a busy filled venue to attack! One thing I found notable about their concert was that it did not even feel like a concert. They created an ambiance where you feed off of the crowd’s spirited vibes whilst being surrounded by faithful beats and melodies. From the visual effects to a delivery of an entire band being brought out, the whole show produced a force of high energy. If you get a chance to see Odesza at their remaining shows for 2015, I suggest you do! All I know is that I will be reminiscing over the happy memories created with Odesza for the rest of my life. 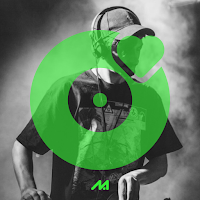 DJ/PRODUCER: HEADSTONE From Melbourne, Australia, DJ and producer headstone delivers a smoothly chaotic mix for us to enjoy. Carefully selected tunes from artists he's been indulging in over the past year, headstone helps us tip our toes in a glistening pool of diverse tracks.  "I haven’t made a mix in over a year, so I took this as an opportunity to put together my favourite tracks I’ve found in the past year plus a few of my own. It’s jam packed with dark, heavy-hitting and melodic club music, featuring a lot from my favourite label Fractal Fantasy. Sinjin, Zora and the rest of their crew are my main inspiration at the moment and I feel they are the only collective that are truly pushing boundaries in our field right now. The rest is filled out with a bit of a UK influence I’ve had recently from the likes of Distro, sente and Bromley, plus a few heaters from my US club music friends and Jersey legends. I generally operate on an 'all killer, no filler' approac
Read more