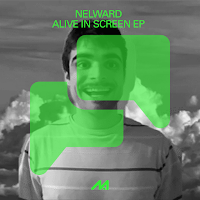 Nick Elward aka nelward, rolls out an epic-ly fantastic EP titled Alive In Screen! Just released via on the DESKPOP label, nelward injects his latest project with 7 bountifully rich tracks that take your ears on an animated trip. With his jazzy chords and quirky beats, its an endless voyage of melting experimental pop instrumentals and vocals. You can hear examples of this sound in tracks like the ethereal collab "Brain Dance," featuring PAIGE, "Seafoam Breeze," a jaunty soulful track, and the whimsical single "Apple Shampoo." Inspiration derived from multiple sources, it's stunning to notice where his collaborated sounds take influence from! Below read about Alive In Screen through our Artist Q&A with nelward! Enjoy!

What was the inspiration for Alive in Screen?

When I was younger, I used to sing on my songs more. Right now I'm mostly known for instrumental music, but I always wanted to make the jump back into vocals at some point. Remixing my friends' tracks with their vocal stems made me really want to dive back into writing my own songs with the production skills I have learned. Around May, I started getting really antsy, and that was when I knew it was time to get the ball rolling on this EP. Some artists who really inspired this EP are Bo En, Chaka Kahn, and Kendrick Lamar. I wanted a "theatrical" approach to the vocals and composition.

Can you describe the creative process for the EP?

Most of these songs sort of just wrote themselves in my head over time. Since from 2015-earlier this year I was only doing instrumentals, these songs had been in a queue for a while. From there I just had to fill in the blanks on Ableton. With the first few songs, ("Seafoam Breeze," "Brain Dance"), I had a strict vocal melody in my head that I had to go with. But towards the end, ("Strawman," "Apple Shampoo"), I would produce the song first, have an idea of what the vocal performance should be, and then fit it around the song. I will definitely be taking the latter approach in the future.

Do you have a favorite track on the EP?

Either "Seafoam Breeze" or "Strawman."

What do you hope listeners will take away after listening to Alive in Screen?

I just hope its a pleasant listening experience, and I think the lyrics are open-ended enough that people can place their own meaning on the songs. I hope that each song presents something distinct to the previous one. Also, I try to make my songs musically diverse and substantive without banging it over the listener's head, so I hope to accomplish that.